Apoptosis (noun): a type of cell death in which the cell uses specialized cellular machinery to kill itself; a cell suicide mechanism that enables metazoans to control cell number and eliminate cells that threaten the animal's survival. 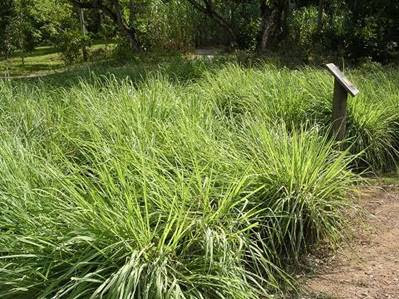 Fresh lemon grass fields in Israel become Mecca for cancer patients
By Allison Kaplan Sommer April 02, 2006
A drink with as little as one gram of lemon grass contains enough citral to prompt cancer cells to commit suicide in the test tube.

At first, Benny Zabidov, an Israeli agriculturalist who grows greenhouses full of lush spices on a pastoral farm in Kfar Yedidya in the Sharon region, couldn't understand why so many cancer patients from around the country were showing up on his doorstep asking for fresh lemon grass. It turned out that their doctors had sent them. 'They had been told to drink eight glasses of hot water with fresh lemon grass steeped in it on the days that they went for their radiation and chemotherapy treatments,' Zabidov told ISRAEL21c. 'And this is the place you go to in Israel for fresh lemon grass.'

It all began when researchers at Ben Gurion University of the Negev discovered last year that the lemon aroma in herbs like lemon grass kills cancer cells in vitro, while leaving healthy cells unharmed. The research team was led by Dr. Rivka Ofir and Prof. Yakov Weinstein, incumbent of the Albert Katz Chair in Cell-Differentiation and Malignant Diseases, from the Department of Microbiology and Immunology at BGU. 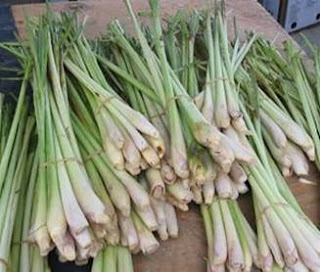 Citral is the key component that gives the lemony aroma and taste in several herbal plants such as lemon grass (Cymbopogon citratus), melissa (Melissa officinalis) and verbena (Verbena officinalis.)

According to Ofir, the study found that citral causes cancer cells to 'commit suicide: using apoptosis, a mechanism called programmed cell death.' A drink with as little as one gram of lemon grass contains enough citral to prompt the cancer cells to commit suicide in the test tube.

The findings were published in the scientific journal Planta Medica, which highlights research on alternative and herbal remedies. Shortly afterwards, the discovery was featured in the popular Israeli press.

Why does it work? Nobody knows for certain, but the BGU scientists have a theory. 'In each cell in our body, there is a genetic program which causes programmed cell death. When something goes wrong, the cells divide with no control and become cancer cells. In normal cells, when the cell discovers that the control system is not operating correctly - for example, when it recognizes that a cell contains faulty genetic material following cell division - it triggers cell death,' explains Weinstein. 'This research may explain the medical benefit of these herbs.'

The success of their research led them to the conclusion that herbs containing citral may be consumed as a preventative measure against certain cancerous cells. As they learned of the BGU findings in the press, many physicians in Israel began to believe that while the research certainly needed to be explored further, in the meantime it would be advisable for their patients, who were looking for any possible tool to fight their condition, to try to harness the cancer-destroying properties of citral.

That's why Zabidov's farm - the only major grower of fresh lemon grass in Israel - has become a pilgrimage destination for these patients. Luckily, they found themselves in sympathetic hands. Zabidov greets visitors with a large kettle of aromatic lemon grass tea, a plate of cookies, and a supportive attitude. 'My father died of cancer, and my wife's sister died young because of cancer,' said Zabidov. 'So I understand what they are dealing with. And I may not know anything about medicine, but I'm a good listener. And so they tell me about their expensive painful treatments and what they've been through. I would never tell them to stop being treated, but it's great that they are exploring alternatives and drinking the lemon grass tea as well.'

Zabidov knew from a young age that agriculture was his calling. At age 14, he enrolled in the Kfar Hayarok Agricultural high school. After his army service, he joined an idealistic group which headed south, in the Arava desert region, to found a new moshav (agricultural settlement) called Tsofar. 'We were very successful; we raised fruits and vegetables, and,' he notes with a smile, 'We raised some very nice children.'

On a trip to Europe in the mid-80s, he began to become interested in herbs. Israel , at the time, was nothing like the trend-conscious cuisine-oriented country it is today, and the only spices being grown commercially were basics like parsley, dill, and coriander. Wandering in the Paris market, looking at the variety of herbs and spices, Zabidov realized that there was a great export potential in this niche. He brought samples back home with him, 'which was technically illegal,' he says with a guilty smile, to see how they would grow in his desert greenhouses. Soon, he was growing basil, oregano, tarragon, chives, sage, marjoram and melissa, and mint just to name a few.

His business began to outgrow his desert facilities, and so he decided to move north, settling in the moshav of Kfar Yedidya, an hour and a half north of Tel Aviv. He is now selling 'several hundred kilos' of lemon grass per week, and has signed with a distributor to package and put it in health food stores. Zabidov has taken it upon himself to learn more about the properties of citral, and help his customers learn more, and has invited medical experts to his farm to give lectures about how the citral works and why. 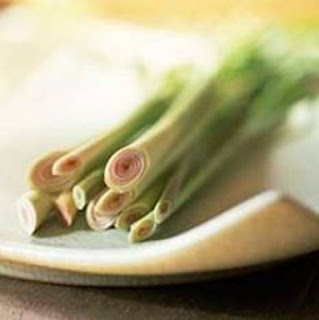 He also felt a responsibility to know what to tell his customers about its use. 'When I realized what was happening, I picked up the phone and called Dr. Weinstein at Ben-Gurion University , because these people were asking me exactly the best way to consume the citral. He said to put the loose grass in hot water, and drink about eight glasses each day.'

Zabidov is pleased by the findings, not simply because it means business for his farm, but because it might influence his own health. Even before the news of its benefits were demonstrated, he and his family had been drinking lemon grass in hot water for years, 'just because it tastes good.'